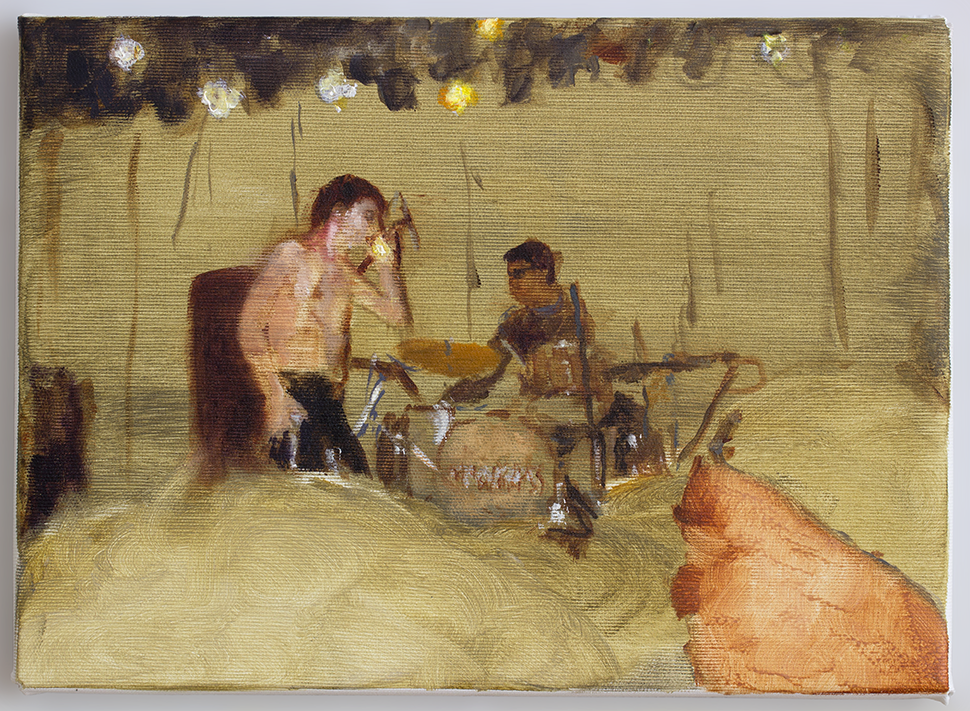 Cramps 2018 – 25 x 35cm, oil and acrylic on canvas
The Cramps were an American punk/psychobilly rock band formed in 1976 by Erick Lee Purkhiser aka Lux Interior (1946 – 2009) and Kristy Marlana Wallace aka Posion Ivy. Lux Interior was the lead singer. and was known for his provocative stage show that included high heels, near-nudity and sexually suggestive movements. His speciality was the microphone blow job. The Cramps were the first live band I ever saw at The Ritzy, Cardiff in 1987.