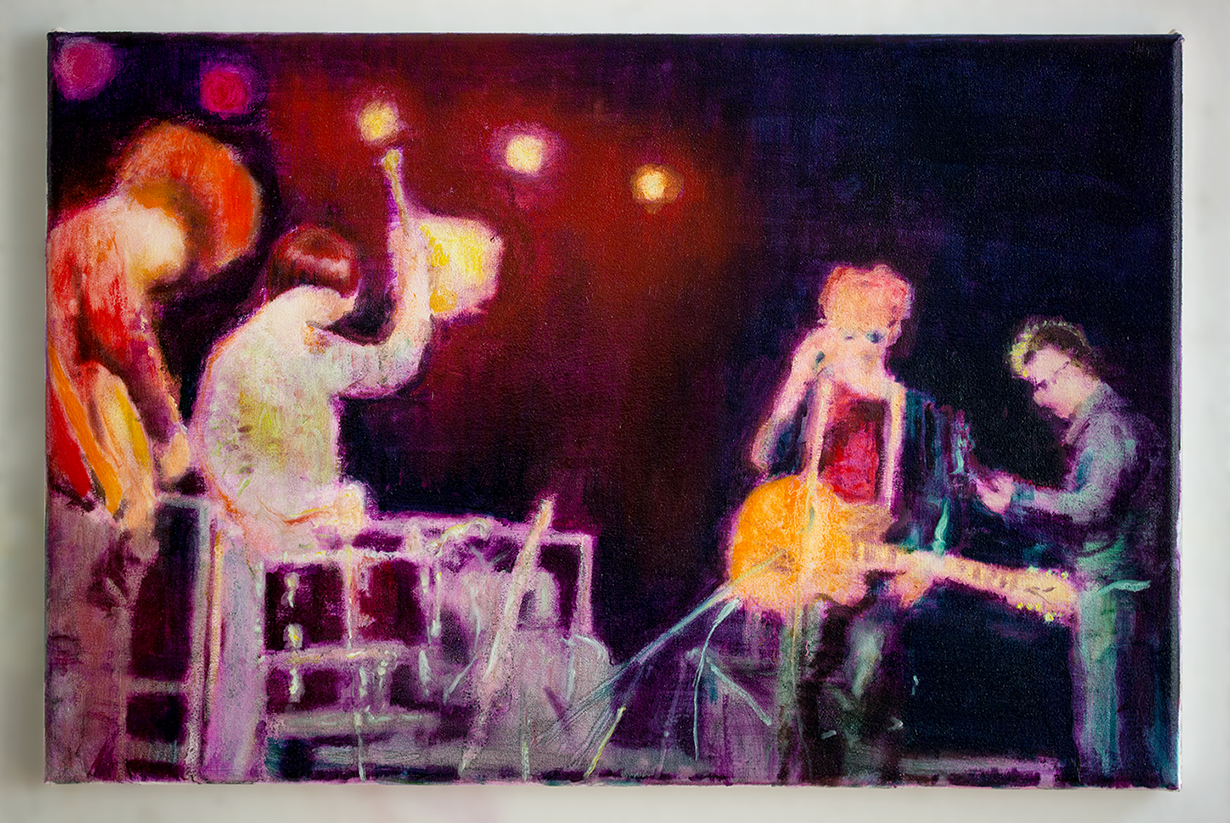 I first heard The Jesus and Mary Chain on John Peels radio show back in the early 1980’s, they were getting a lot of press about their concerts lasting only 20 minutes and on occasion turning into full blown riots. It wasn’t long before I got my hands on their debut album ‘Psychocandy’, it was as a defining moment in musical history receiving widespread critical acclaim. ‘Psychocandy is a truly phenomenal album unlike anything that came before it, I’ll always cherish it. I’ve seen the Mary Chain play many times in London and Amsterdam and was lucky enough to see their Rollercoaster concert in 1992 at Brixton Academy which had an astounding line up of Dinosaur, Jr, My Bloody Valentine and Blur. This painting is based on one of the shots on the inside sleeve of the album.

Prints available for this painting here