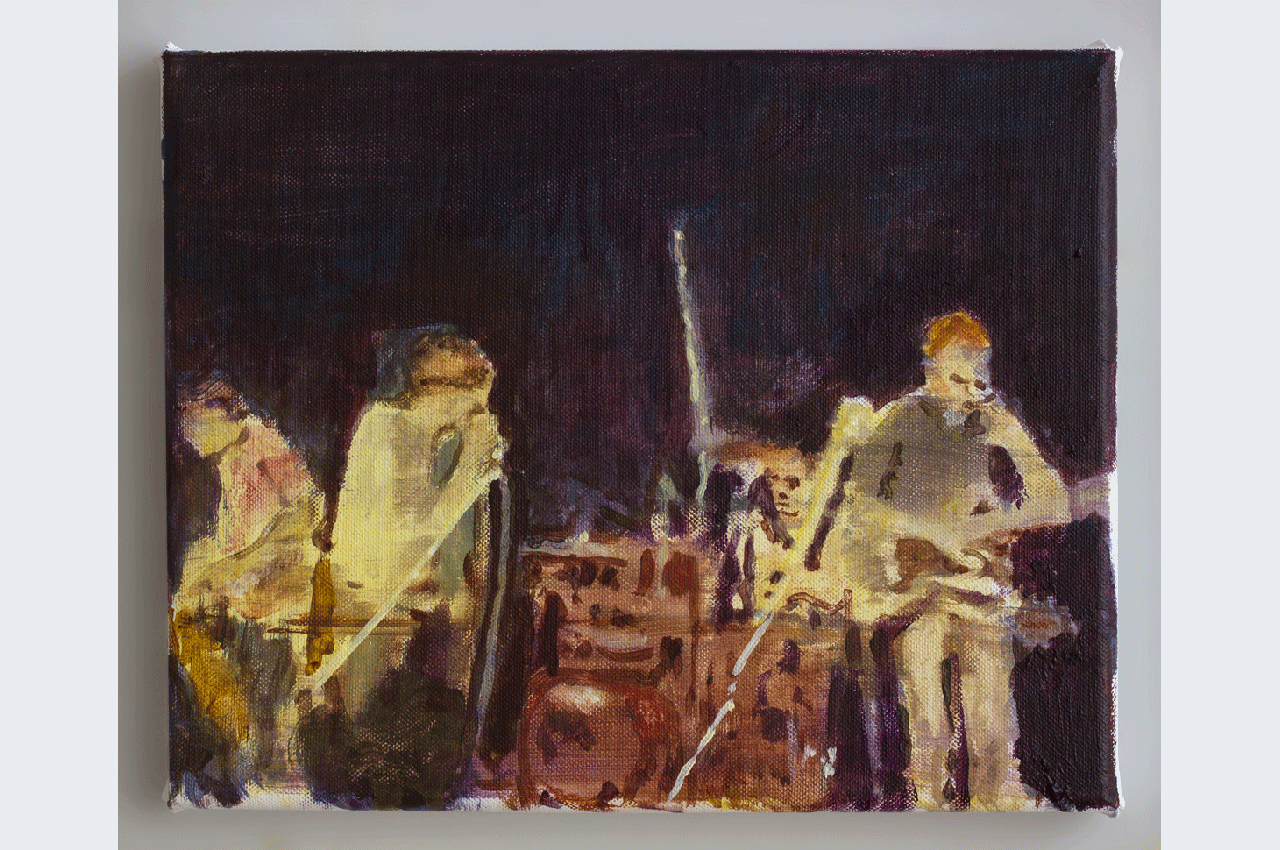 The Fall 2018 – 24 x 30cm, acrylic on canvas. Private collection, London
This series of portraits refer to archival images of mostly British indie bands from the 80s and 90s that I discovered from listening to John Peel late at night. The Fall were an English post -punk band formed in 1976 in Prestwich, Greater Manchester. Mark E.Smith was the only constant member of the band whose lineup underwent many changes over the 42 years they were active.