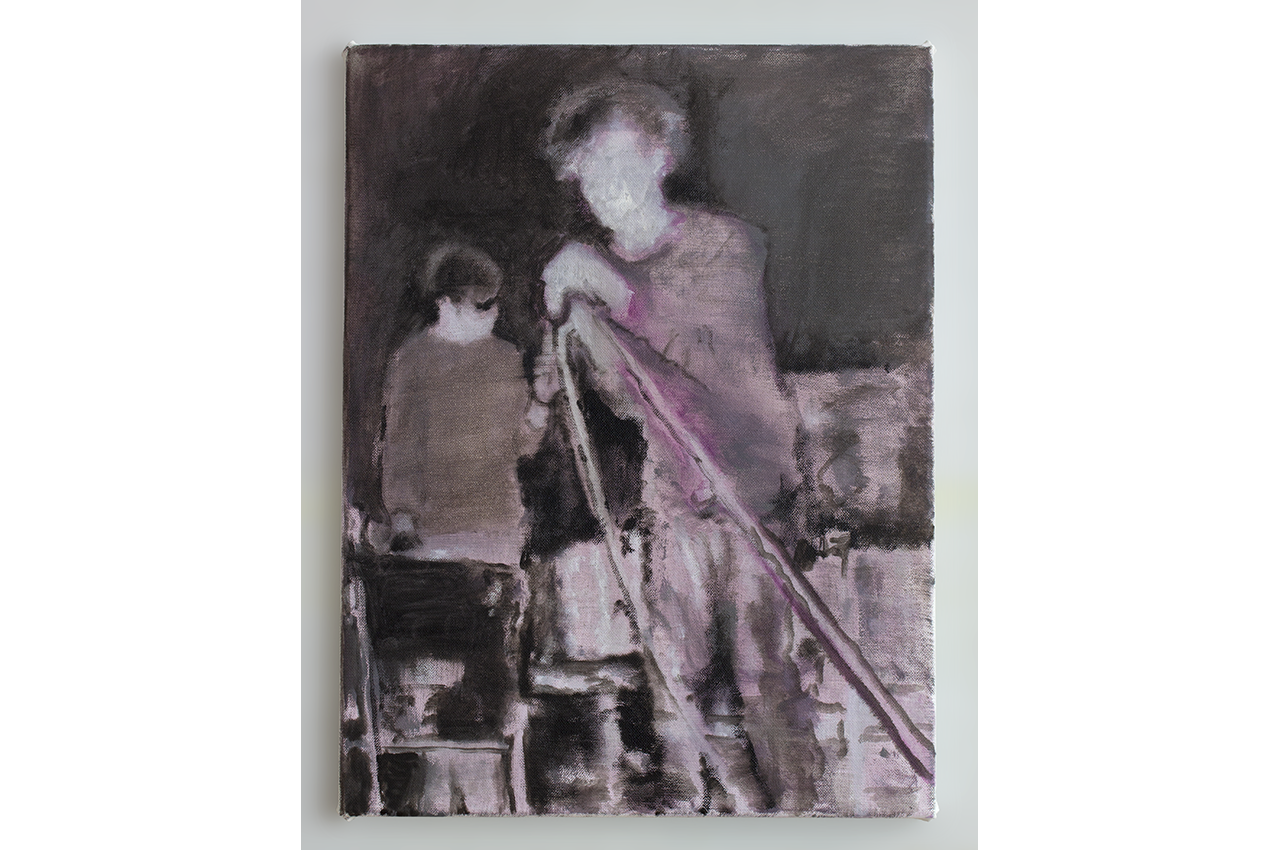 Jim and Bobby 2018 – 46 x 35cm, oil and acrylic on canvas
In 2018 this was the very first painting I made from the now full blown band series. I began with JAMC because they’ve had such a lasting impact on me and because I saw them play so many times. The original line up with the Reid brothers, Bobby Gillespie and Douglas Hart was so perfect, the image they projected was wonderfully menacing with a beautiful vulnerability just under the surface. The desire to escape and give back something fiercely independent is the dream an artist has beyond what is ‘popular’. The Jesus and Mary Chain gave me candy.
This series of paintings refer to archival images of mostly British indie bands from the 80s and 90s that I discovered from listening to John Peel late at night. The Jesus and Mary Chain were formed in East Kilbride, Scotland in 1983, early gigs were fuelled by amphetamines and lasted little more than twenty minutes.