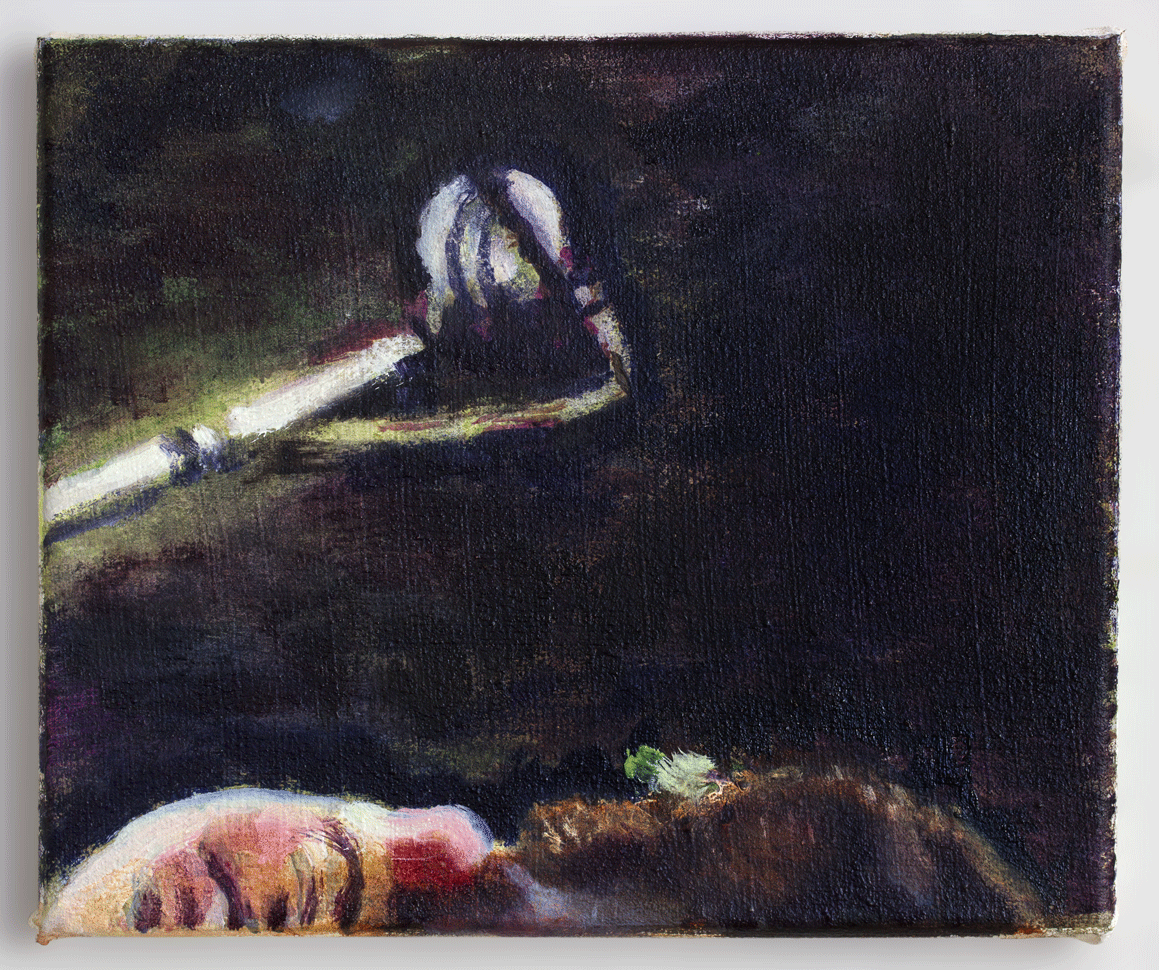 Gorkys Zygotic Mynci 2018 – 20 x 24cm, oil and acrylic on canvas
Zygotic Mynci were a psychedelic folk rock band formed in Carmarthen, Wales in 1991, they were active until 2006. I saw Gorkys playing live many times and it was always a real joy to see people of all ages attending their concerts. Their first album ‘Patio’ was proclaimed by John Cale to be his ‘favorite album ever’. It was quite rare to hear Welsh language songs on national radio in the early 90’s and John Peel made a point of playing Welsh bands which afforded them some much needed exposure at the time.