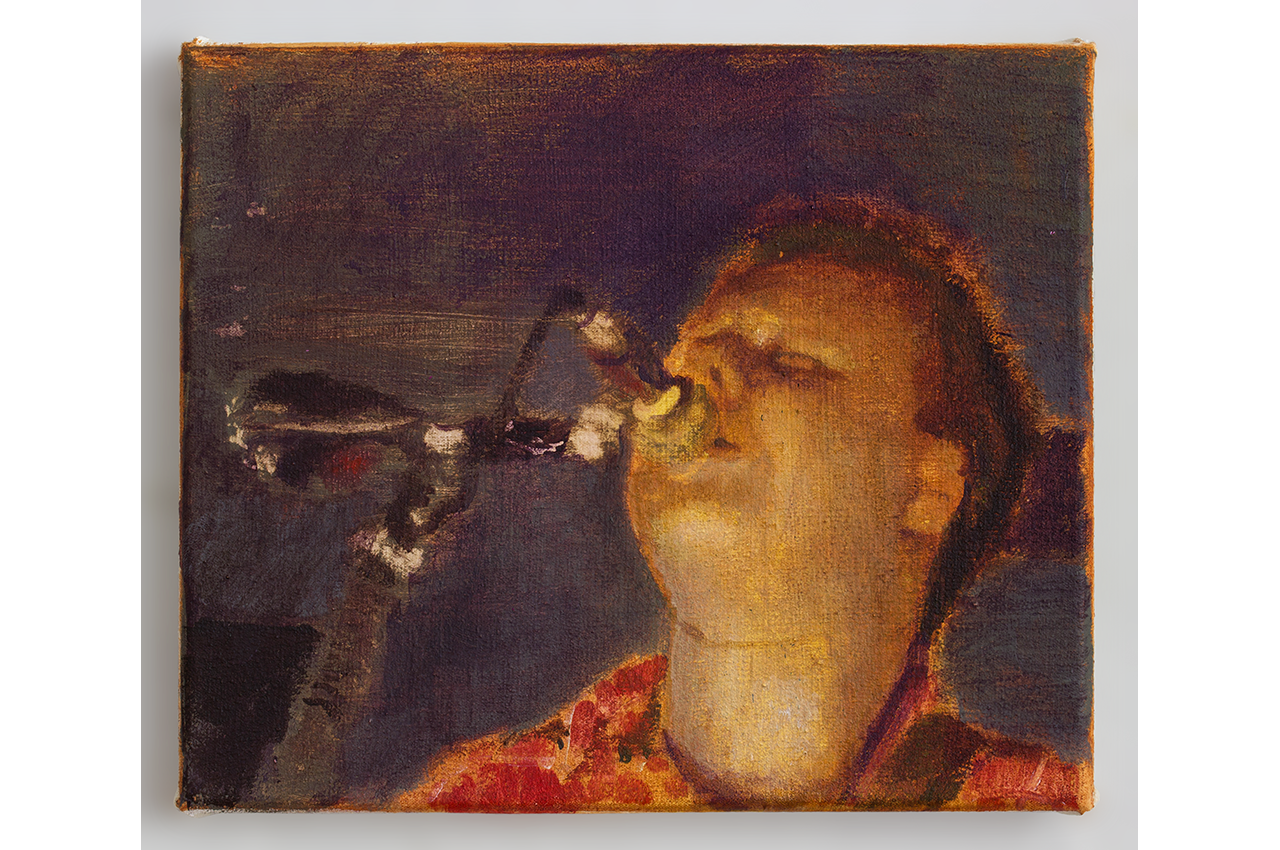 Black Francis 2018 – 20 x 24cm, acrylic on canvas
Charles Thompson IV (1965) is an American singer, songwriter, and guitarist. He is best known as the frontmanof the influential alternative rock band Pixies, with whom he performs under the stage name Black Francis. This painting is based on a video still from a live concert they played at Brixton Academy, London in 1991.