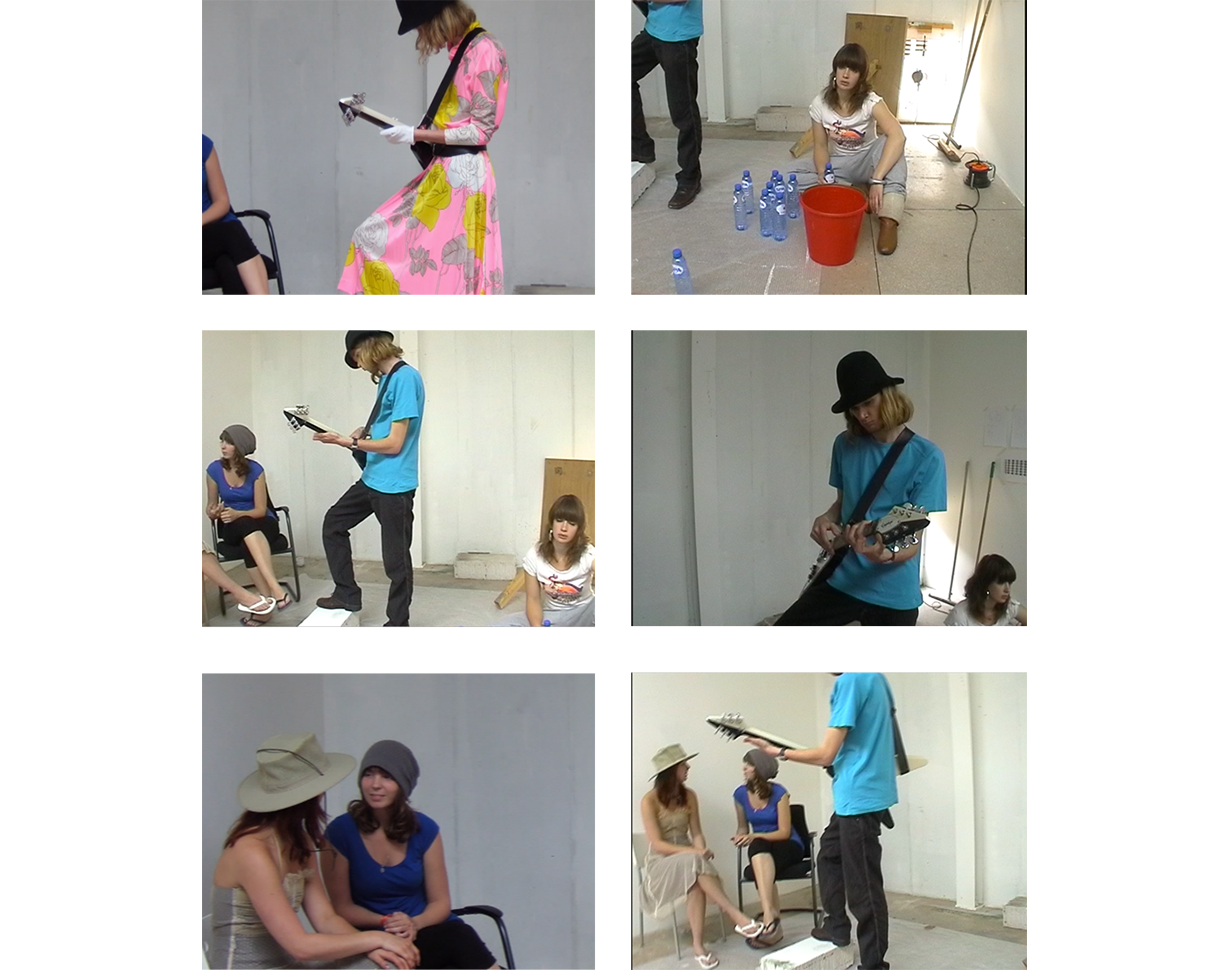 In 2007 I made a series of paintings, photographs and videos based on Watteau’s painting ‘Les Charmes de la vie’ (The Delights of Life) from 1718.
In many ways these works were precursors to the band paintings I began in 2018. I’ve always loved Wateau’s paintings, he is credited with inventing the genre of fetes galantes, scenes of bucolic and idyllic charm, suffused with a theatrical air.
Below: Stills from the Super 8 film Delights of Life (II) 2007